Stadium Of The Future

In late 2010 Paul Fletcher called a meeting in London with some of the countries top architects, event management companies, stadium operators, rock concert agencies, contract catering companies, project managers, safety officers, disabled supporter group, pitch constructers, and football managers. He posed the question: ‘We have now had nearly twenty years of new stadiums in the UK and we have made many mistakes and discovered some great innovations. If we were to have an imaginary ‘stadium melting pot’ and put in every aspect of the 90 new or refurbished stadiums that have been developed in the UK, what would the ‘Stadium of the Future’ look like?’

Over the next decade this team have discussed at length the ‘Stadium of the Future’ concept and now have two complete sets of plans for:

The plans feature a traditional football/rugby pitch with the required facilities for either 30,000 or 50,000 spectators. But there is much more. Within the building there are: car parking for 500 vehicles; a 200 bedroom hotel; extensive retail shops; 30,000 – 40,000 capacity for outdoor rock concert; complete university with many classrooms overlooking the pitch; over 100 bedrooms for student accommodation; offices, 40,000 sq ft exhibition hall, 1,000 seater banqueting suite; indoor arena for: basketball, tennis, netball, table tennis, five-a-side and a Starbucks. 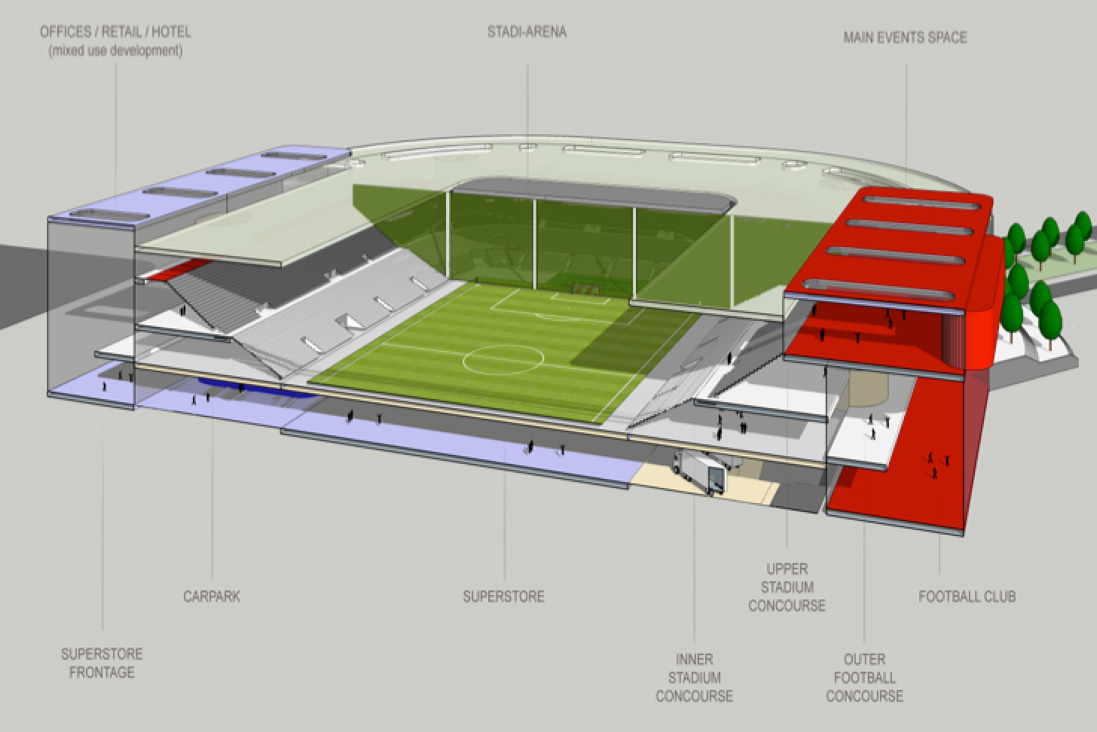 For more information regarding ‘Stadium of the Future’ contact: paul@paulfletcher.co.uk